Back to all posts

Another amazing night in Charleston, SC! We had two shows, the... 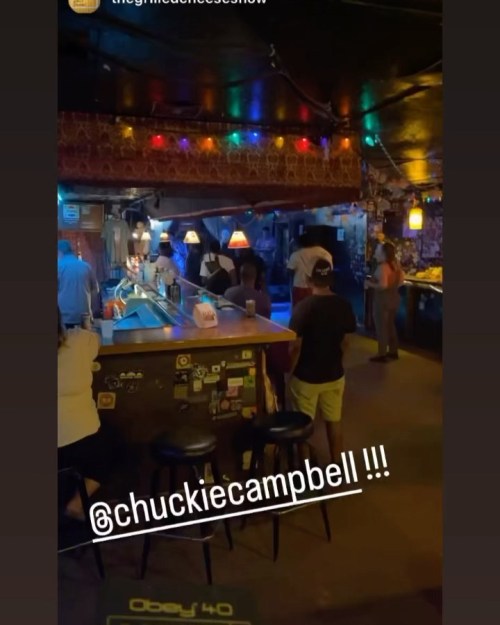 Another amazing night in Charleston, SC! We had two shows, the first being @thegrilledcheeseshow , which is a video blog that features live music performances from touring artist around the country, and the second was at @tin_roof_charleston , where we joined two of Charleston’s best, @rememba_me and @biggxld , and did a bourbon tasting brought to you in part by @threechordbourbon .

Check out the pictures below, and if you have it, please consider donating to our gofundme courtesy of @buffalomusicclub ! The link is in the comments. With their help, we’re making up ground on our tour budget, which fell deep in the red after just our second show in Rock Island, IL.

As some of you already know, after the show, two teenagers stole our tour vehicle and wrecked it 4 mins from away from where they took it. Of course, the next day, after trying to tow the totaled car to a different destination to have it worked on and assessed by insurance, our other vehicle had electrical problems. Both vehicles were not drive-able. Thus, in this wild twist of fate, we were forced to rent two rental vehicles at probably the worst time to rent (prices to rent for the amount of days we needed cost us thousands of dollars to keep the tour going). Somehow, through the kindness of people who want to see us succeed and do what we love, we’ve continued and fought through the adversity.

Tomorrow, we are in Richmond, Kentucky to play for Clark Moores Middle School at 9am, Caudill Middle School at 10:15am, and Madison Middle School at 1pm. After that, we drive to Buffalo, NY to complete the tour on Sunday at the Beau Fleuve Music & Arts Celebration. #tourlife #chuckiecampbell #rememberthename #buffalohiphop #buffalomusic #buffalorappers #finelytunedtaste #grilledcheese (at Tin Roof)
https://www.instagram.com/p/Chr5xAjuYtZ/?igshid=NGJjMDIxMWI=